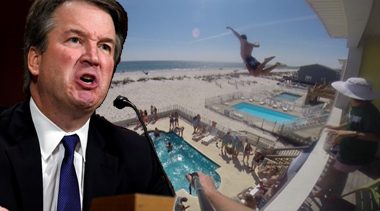 then it's like, ok, she seemed scared when she was talking to the nerds. boo hoo.

i'm sorry you were assaulted sexually, but, i believe your brain is not equal to the task of pointing at the person who did it.  because, really, "senator" feinstein is the real villain here.

so kdog comes out with roundhouse kicks proving his impartiality and fitness to be an apolitical judge by dropping some alex jones-dog scieeence!  that clinton political machine, i'm pretty sure it stopped me from getting a job at the halloween store last week, too.

also, prep school quarterbacks in the 80's were known to have chaste lives of mild mannered calendar keeping.  there are many many movies about it, remember that desk set in dead poet's society?  he only associated with good catholic girls in high school.  also, he wasn't able to get to parties because he didn't have a car.  iron clad defense kdog.  who doesn't remember the social blackballing that would result from giving a popular kid a ride to a party? (subject performs air guitar solo)

then the nerd senators are like, why don't you ask the FBI to ring up your bros, bro?  but kdog was too smart and started talking about how good he did in school, and being a varsity b ball captain legend. then their time was up.  high five bro, run down the clock again and again!  then gharham-dog swooped in and reminded us all that "senator" feinstein was an evil democrat.  nooooooice save gdog!

so then the nerd senators try to say he drank so much that he might have done things without knowing about it.  nerds.  that didn't phase kdog though, he just perjured himself and said the drinking age was 18 when he was a senior.  the nerds didn't even look it up!  another kdog touchdown!  in your face nerds!

then nerd senators were on about how mikedog (wingman of kdog) wrote a fantastical book where a fictional imaginary character "bart o'kavanaugh" was blackout drunk all the time.  and they were on about how kdog wrote his own yearbook caption where it seems like he is blackout drunk all the time, and porked all the honeys.  isn't that what yearbook captions are for!!??!!

one  thing swayed me toward kdog's argument more than any other.  it was the way kdog answered entirely other, more convenient, questions, rather than the questions the evil democrats asked him.

also, i was impressed that kdog didn't have to talk for 45 minutes while it was determined that "senator" feinstein should be locked up for withholding her emails.  and that's the real takeaway from this whole thing, for me: we should take away women's email privileges after age 45.

in conclusion, here's the real real on kdog.  he didn't do it.  and if he did, it was a long long time ago.  also, women have lesser souls and weaker brains, so she should be able to forget about it, no problem.

It's good but it's way into the tl;dr category.

i think i see it, thanks!

Unlike regular facial expressions, no one can fake micro expressions. Because when you try to hide your emotions, they just leak out at a fifth of a second.

3. Disgust. Disgust is quite easy to identify because when somebody has a Micro Expression of disgust on their face, you will see the wrinkles around the nose. This comes along with downcast eyebrows and narrowed eyes, raised upper lid, cheek and lower lip.   So there.

The only calendars we used back then looked like this: 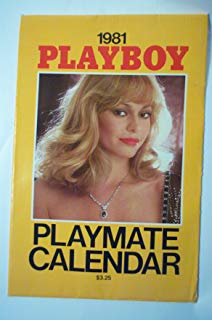