Those Were Different Times #192: The Treadening!

Those Were Different Times #192: The Treadening!

4. Well I guess my foot is technically under my thumb...
-Slant

Your Pilot's Name is NOT Pontius

Using the "Easter Bonnet" for protection

Caramel Centers of anything

This past Saturday, after tucking in my daughter and kissing her goodnight, I hurried downstairs with one thing on my mind. My wife had dropped a few hints earlier that it could very well be my lucky day, and I wasn't about to let this opportunity get away (it had been a while.)

She was lying on the couch, watching some college hoops on the tube. I sidled alongside her,  and told her those college punks didn't have nothing on this old man, and after some pretty slick moves (I got a…

The most bizarre Futurama Fan Fic ever...

Fan fiction can be a terrible thing. Usually characterised by poor writing, popular literary characters double teaming a paraplegic Pikachu and the God-awful abominations known only as “Boytaurs”, the world of fan fiction can be a cornucopia of fucked up filth that will make even your eyeballs feel sticky. The inexplicably popular ‘50 Shades of Grey Trilogy” started off as a ‘Twilight’ fan fic, so there’s also that.…

THEY SAID WHAT?? ONBOARD THE TITANIC EDITION

Things to do on World Water Day (March 22nd)

Tip him an extra 5% (Oh. Sorry. That's what to do on World Waiter Day)

Those Were Different Times #191: The Tamening!

Those Were Different Times #191: The Tamening!

5. And you can put your junk in the trunk
-Iverneil

3. You ever been fingered in a hatchback?
-toofpick

2.75. "She cost so little to make you happy" has never hired a ho on Saturday night."
2.5. GLesbian Coupe also available. Automatic only.
2. The moment he drove her off the lot, she…

THEY SAID WHAT?? EINSTEIN EDITION

Those Were Different Times #190: The Scienceening!

Those Were Different Times #190: The Scienceening!

Hello again, I'm going on a hiatus from my hiatus to bring you this!

And, the "You're Probably Right About That Guy Being The Guy Who Did That Thing" award goes to:
Wow, I guess you CAN beat off to a Norman Rockwell.
-Slant

9. Once we get thru Pumping your Ethel, she' feel like shes been hosed
-38chrysler 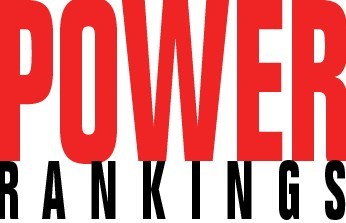 38chrysler:  "We love your Rap Tour...you could be the next Emineminence."

Whenever I was in a situation where someone was explaining something badly and not getting their point across and someone next to me asked "Do you have any idea what he's talking about?" I would say "Yes,...it's kind of like....Where the rock lieth, so is the way of the arrow".

They would usually stare for a moment with it rolling around in their head until finally saying "What does' that mean??" and I would…