Most people would agree that completely trying to keep up with the goings on of what you are a fan of is impossible. But some folks try. Some people try by keeping up via the news, internet, Twitter, or even word of mouth. I believe most people are a fan of something, right? Whether it’s a certain sport, an actor, an author, vintage cars, pornography, or comedians to name a few; the point is the average person is either a casual or serious fan of something. How you follow what you like says a lot about you. I’m a fan of many sports and I know there are all kinds of sports fans out there that declare their allegiance in their own strange way.

I thought about it and I have listed below a few of the different types of sports fans I have encountered over the years. All of these could probably be plugged into anything you are a fan of as I am sure you have experienced people like this before in all walks of life.

What kind of Sports fan are you? Let’s begin with… 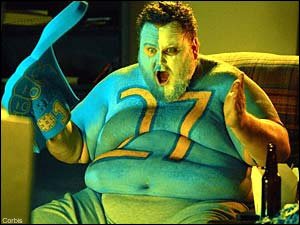 This is the guy who spends hours a day reading historical stats, player profiles, and bio information and spews out incessant banter about shit that sometimes has happened before they were even born. For example, when most of us only remember the fact that the Cowboys beat the Bills in the Super Bowl one year when Leon Lett got stripped of the football by some guy right before he was going to score a defensive touchdown. The Almanac (also called Mr. Overkill) tells you it was during Super Bowl XXVII where Dallas was leading 52-17 and Don Beebe prevented him from scoring on a 45 yard fumble recovery. Then goes on to add the other famous incident Leon Lett was involved in as if we didn’t know already. The Almanac does not apply if you quote historical data from only your favorite team. It’s reserved for the folks who are capable of telling you shit like who won the last 10 America’s Cups or what Hobart College is famous for in sports.

These are self professed lovers of a specific person not so much a specific team. Many of the lovers refer to their idols using one word. For example you might hear, Manning, Kobe, Brady, Pele’, Tiger, or Junior (Earnhardt). Using the first name instead of the last name is not relevant. A lover fully expects you to know who they are talking about when they mention some of the sports greats like Leaf, Duckworth, or Milicic. They can also be spotted by their attire. { See: The Jersey Boys}

These are the people who make it a requirement to tell you that they have ALWAYS been a fan of a specific team even when the team sucked. I noticed this specifically after the Saints won the Super Bowl. For years these same people didn’t bother to bring that fact up unless they were asked. This also transfers to athletes who have sucked for most of their careers but finally have a good year. That same fan who was heard for years saying this or that player was the reason the team stunk is now all of the sudden that player’s  biggest fan and always was.

Everyone knows the type. This is the guy who picked Green Bay to go all the way to the Super Bowl after the NFC Championship game was almost over. He picked the Lakers to win the NBA Title when they were up 3 games to none in the Finals or knew all along that Michael Phelps would win a Gold medal. These same people are particularly annoying because they usually know nothing about sports.

Along the lines of people who don’t know much about sports, this is the guy who complains to people about his fantasy football team and how they didn’t perform like they should have. There is always at least one guy in the league who has no clue what they’re doing and continues to start the same people week after week regardless of whether that player has a bye or not. Then they get angry because their fantasy team always scores in the 30s each week. Ironically these are also the people I lose to in fantasy football.

Clever ones are these folks. They are the sports fans who show up at the game with the poster boards or banners adorned with the tired ESPN acronyms like Every Saints Players Nightmare. Or they do the “Priceless” posters. Have we not seen all of these? I just wish they would write something truthful like: Plane Tickets: $800 (in coach), Rental Car: $125 (2 door coupe) Tickets to the game: $100 (13 rows from the top) Getting hit in the head with a cup of someone’s tobacco spit: Priceless. Or maybe just a sign that speaks what a fan is really thinking: “My girlfriend doesn’t like anal but that’s cool, her dad owns a skybox.” 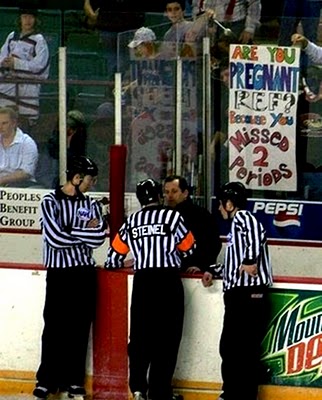 Probably not a real sport fan, since it seems their only affiliation to sports is from watching blooper videos for hours. I knew this guy who was talking about how he accidently heard some guy talking on AM radio named Mike Golic and wandered if he was related to same guy who hosts The Lighter Side of Sports. Any knowledge people like this have of sports came from apparently learning that horses only buck their riders, snowmobiles only steer into trees, road course cars are supposed to always hit hay bales, and if it has nuts it will probably get racked. Don’t waste your time asking them what sport it was this happened during.

I am pretty sure most of us have heard or met someone who says they know a famous athlete. But what about the people, who don’t know the athlete specifically, but know the uncle or brother or sister in law of that sports star? For example, recently I was at my daughter’s orthodontist office when I overheard the female dental assistant talking about how she knows for a fact that the NFL players WILL play this season because she talked to Jake Delhomme’s brother in law’s wife’s sister and she talks to Jake all the time. Did I mention that she also went on to say she loves the Saints and wished Jake could have had a chance to start for them and that he is cute?

These are some of your most devout fans out there. They have their favorite player’s jersey on everywhere they go. There are the boys that wear the same jersey to any sports event. You know the Kevin Garnett jersey at a Red Sox or Bruins game or a Jeter jersey to a Jets or Knicks game. My favorites are the ones who would wear the Favre Packers jersey to the Vikings games or the fan wearing the NASCAR Home Depot #20 jacket that reads Stewart on the back…but pulls for the Joey Lagano. Maybe they are really just a fan of Home Depot? I once won a vintage Ken Stabler jersey auction on EBay. For reasons I never figured out I ended up never receiving the jersey but the seller ended up sending me a Hank Gathers jersey. I am still trying to figure out when it would be appropriate to wear that one. Oh well, it’s now a collector’s item I guess. 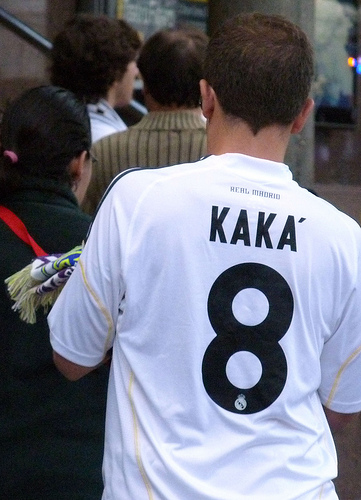 Did you hear me call in fan?

Those who listen to sports talk shows know this guy. He is the annoying guy that calls every day to put in his 10 cents about nothing important. They ask gripping questions like, “what do you think the team will have to do to get a win Sunday?” or “How do you like their chances?” or my personal favorite, “what do you think the key to winning the game is?” Usually playing better and scoring more points usually does it. They usually have no point to their comments and are Jekyll and Hyde fans when it comes to loyalty.

This is the female sports fan that probably got her knowledge in sports at the collegiate level as manager for a team or watched a lot of CNN Headline News back in the late 90s when the channel used to have the constant sports ticker scrolling at the bottom of the screen (I used it). While getting their daily dose of regular news they could also get all the scores and transactions of all the major sports in a 3 minute period. Many women might admit they learned something to impress the guy they are hung up on but some sports Babes end up not being liked at all because it only takes one time to correct some big ego on a sports fact.

This fan spends most of his time cheering for his favorite computer sports team. These fans wouldn’t have a clue when to put the ‘hit and run’ on or what club to use on the second shot of a par five 470 yard hole; but video sports games do the thinking for them. Many of these sports fans are also good at shooting rifles or lasers, casting spells, or stealing cars but it’s the fact that it’s normal for their sports teams to throw a Hail Mary on three straight downs and no one gives a shit. Yeah in this world these sports fans think Akron can play for the BCS National Championship. 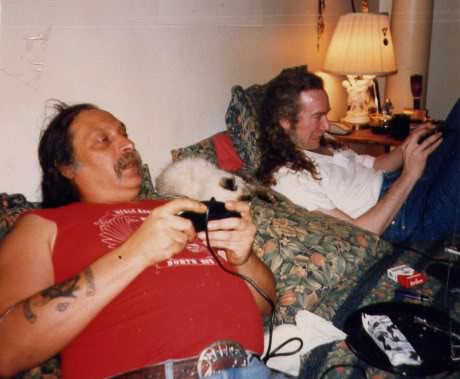 These are just a few types of sports fans that exist out there and I am sure I have been one of those types of fans at some point of my existence and here are some sports fan types that could have also been mentioned...

The Ringleader...leads cheers, shakes keys, rides the players on the bench

The Mancave Dweller...has a room that is a shrine in his mom's basement talks about if he were a chick how he would do Tom Brady

The X Gamer...only watches X games type sports (you know the shit we used to try on our bikes when we were 10)

Thanks for being good sports and remember to check out my  and all the other caption contests...Jams