Those Were Different Times #164: The Belatabration!

Those Were Different Times #164: The Belatabration!

Introducing: Jimmy McGriff's album "I'VE GOT A WOMAN (AT THE ORGAN)".

and the misrepresntation by means of representation award goes to:
I've Got A Woman... At The Bagpipe - Jimmy Macspruce.
-LL Bein (disregard previous dash)

and the just common sense award goes to:
I DON'T LIKE PICKLES, I GET A LITTLE MAD WHEN THEY PUT ONE ON THE PLATE NEXT TO MY SANDWICH, WHY DO THEY HAVE TO DO THAT, I ACTUALLY HAVE TO REMEMBER TO ASK THEM NOT TO, DOESN'T SEEM RIGHT
Jimmy McGriff
-antistar (again disregard the previous name given, sheesh)

8. Who's got one thumb and just paid for a prostitute because most women are creeped out by him not having a right hand, but still manages to play the organ well enough to earn money to afford food, motel rent, booze, prostitutes, and small amounts of drugs for said prostitutes to numb them up and prepare them for what he likes to do in bed with his nub? This Guy!
-JJJ23

7. I liked his second album better "I'm resting my balls on my babys head"
-Iverneil

3. Later he was pissed to discover she was really a boy named named Sue.
-Buttermilk

2. The designer forgot the single quote-marks around the word ‘WOMAN’, which,
of course, refers, euphemistically, to his proudly-displayed, upraised left fist.
-theDIRTYmidget

1. Detectives said that if they had understood the cryptic messages in this album earlier , the women caged up in his basement would have been rescued sooner.
-Iverneil 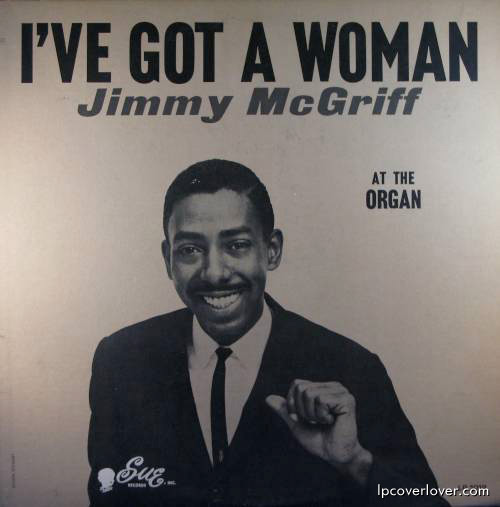 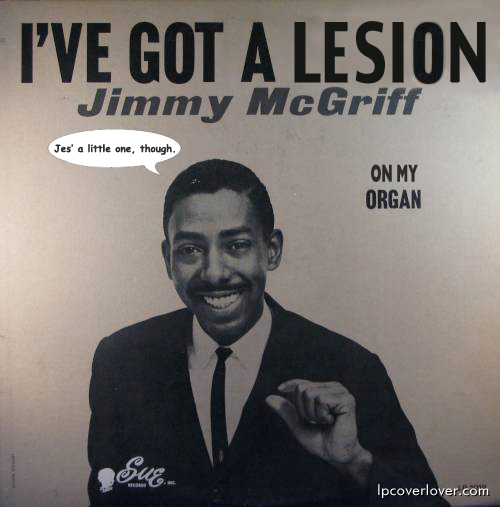 His last album was called
"I FUCK MY DOG, SO, I'M PRETTY DEPRESSED
AND PROBABLY WON'T RELEASE ANOTHER RECORD
UNTIL THIS ONE MAKES ENOUGH MONEY FOR ME TO GET A WOMAN."

His other thumb is in his butt.

The designer forgot the single quote-marks around the word ‘WOMAN’, which,
of course, refers, euphemistically, to his proudly-displayed, upraised left fist.

It's not til track three that you find out the "woman" is living inside Jimmy's male body.

He had a reputation as a "player", but in truth he was all thumbs.

Later he was pissed to discover she was really a boy named named Sue.

Better than having a man at the flute