Those Were Different Times #109

Those Were Different Times #109

Introducing: Whatever This Is.

... and "The More You Know" award goes to ... Macspruce for ... this:
This is not a caption, but just a note to address the 'Whatever This Is' question. Actually, it's pretty much what the cover art depicts. If I may wax pedantic for a moment,
ดนตรี = 'dondri' = music
ปี่มวย = 'pi muay' = a compound of the words for pipe and boxing. Pi ("bee") is the musical (reed) instrument or pipe that traditionally accompanies a Muay Thai (Thai boxing) match. It is somewhat similar to a chanter (the part of a bagpipe that has finger holes and is used to play the melody). It sounds sort of like what a duck might sound like if ducks were to 'sing' like other birds. You can hear a good example of Muay Thai Music (Thai fight music) at http://www.youtube.com/watch?v=6xIyjAGK0kA
The two words at the bottom describe the other forms of Thai martial arts shown here.
กระบี่ = 'krabi' = sabre/sword
กระบอง = 'krabong' = mace/baton/club
And now, back to our regularly scheduled silliness.

6. Sticks and stones may break my bones but they do a better job on a clarinet.
-Buttermilk

1.875. They weren't the same since their sickle player left. 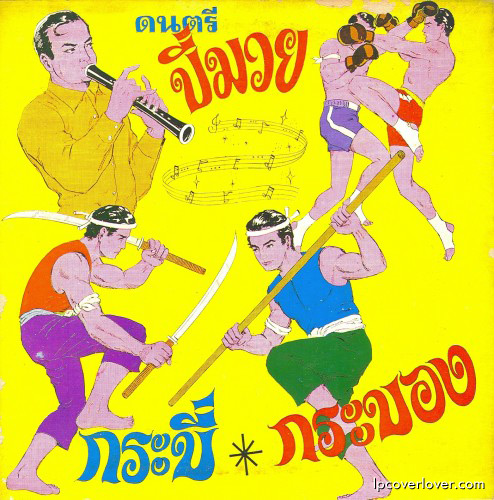 Comment by Lloyd Christmas on January 10, 2011 at 10:01am
And believe it or not, other more ancient transcripts have this version: Warriors will war. Fighters will fight. Terry will be blowing and watching.

Comment by Lloyd Christmas on January 10, 2011 at 10:00am
Some transcripts have this variation: Fighting is the path. For some, fighting is not the path. Ample hair gel, long black instruments and watching sweaty fighters is the path.

Comment by Gerhardguffaw on January 10, 2011 at 7:34am
The soundtrack for the musical "It's Nun Chuck Of Your Business"

Comment by bigjas on January 10, 2011 at 5:29am
and yet no one depicted trying to smuggle drugs into Thailand

Comment by theDIRTYmidget.© on January 10, 2011 at 5:21am
The Grateful Dead were masters of innovative album-design.

Comment by theDIRTYmidget.© on January 10, 2011 at 5:20am
Who knew Bill Haley had released a solo-album of material
played on an unknown instrument and sung in an unknown language
which would provoke spontaneous boxing matches and inspire
random martial-arts demonstrations?

After having sold copies numbering in the negative-thousands,
the original cover of the first B-52s album was changed. 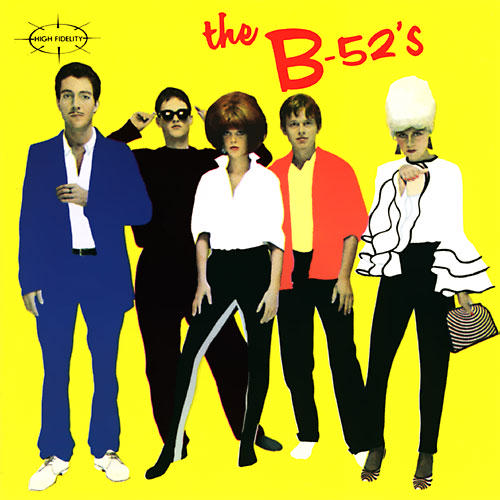