The most bizarre Futurama Fan Fic ever...

Fan fiction can be a terrible thing. Usually characterised by poor writing, popular literary characters double teaming a paraplegic Pikachu and the God-awful abominations known only as “Boytaurs”, the world of fan fiction can be a cornucopia of fucked up filth that will make even your eyeballs feel sticky. The inexplicably popular ‘50 Shades of Grey Trilogy” started off as a ‘Twilight’ fan fic, so there’s also that. 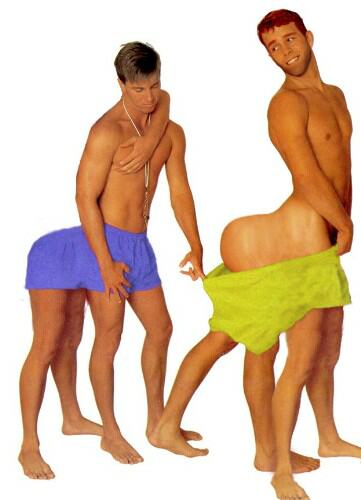 “Who wants to make a human Centaurpede?”

The worst example I’ve stumbled upon is a little piece of ‘Futurama’ fan fiction. You might remember the episode “Roswell that ends well” where Fry goes back in time and inadvertently kills his own grandfather Enos. It ends with Fry being forced to shag his own Grandmother in order to perpetuate his own existence. Top quality stuff.

There is a scene in the episode where the following exchange takes place: Fry: She sure is pretty. You ought to marry her and father some children right away. Enos: Yeah, folks say that, but do you ever get the feelin' you're only going with girls 'cause you're supposed to? Fry: What!? Don't ever, ever say or think that again! Please, just concentrate on staying alive.

Well, an enterprising individual known only as “Lovestospooge69” decided to take the ball and run with it, penning this description of a tangential parallel universe where Fry decides “Fuck it, I’m kinda gay as well and I’m going to explore these pent up feelings with my own grandfather”. Naturally. 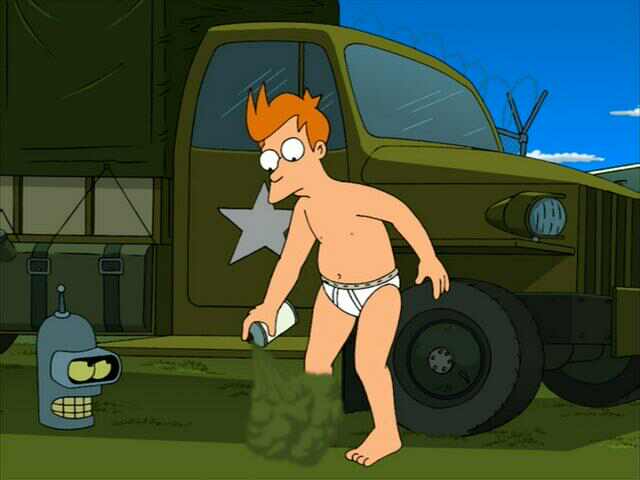 “Yeah, folks say that, but do you ever get the feelin' you're only going with girls 'cause you're supposed to?” Fry stopped in his tracks. Now that he thought of it, the pressures to conform to societal conventions had made him naturally assume that he was straight. But now...

He ran his eyes over Enos’s sweaty young frame, drinking in every supple curve of his body. A deep stirring announced itself in his loins. “You know what, Enos? Now that you mention it, I kinda do. Now drop those slacks and make ‘em clap.”

Enos let out a startled gasp and for a second Fry felt himself go limp. Then a cheeky grin danced across his grandfather’s face. His upper lip quivering, Enos slowly lowered his trousers, throbbing member springing forth like a cock shaped jack-in-the-box. A cock-in-the-box. He aimed his sweaty posterior towards Fry and started slapping his buttocks together frantically, whistling a jaunty little ditty originally performed by ‘The Glen Miller Band’. 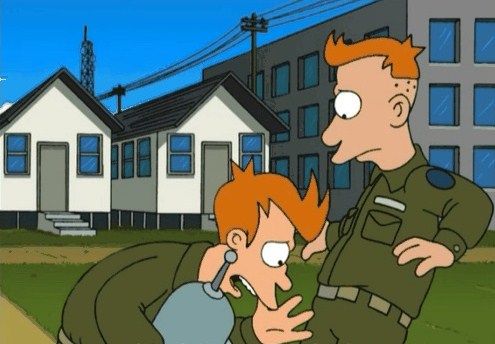 Enos could barely contain himself. He started thrusting his pelvis frantically, slapping his scrotum against his inner thigh like the foot pedal of a bass drum during a death metal solo.

We’ll leave it at that but I’m sure you get the drift. Scientists are currently working on a time machine that will enable them to travel back in time, locate Lovetospooge69’s mother and punch her repeatedly in the ovaries. Godspeed, good sciencing men, Godspeed.

I would read or watch this.