Rant Time! - I Hate You Merman!

Remember the good old days, when the history channel was all about letting us know that hitler was (spoiler) not just bad, ... but really, really bad?

... And the discovery channel showed only hellaciously boring footage of animals being annoyed at the film crew, killing stuff, being killed, and /or screwing while being killed.  How did they even make that boring?  Answer: super dry English dudes, who sounded like the'yd just woken up from a cozy nap.

No longer.  Apparently this is a brave new world with such people in it:

They've got a UFO guy/orange american with a hairdo reminiscent of a 50's drive in movie mad scientist, positing that: because pictographs from primitive cultures were very odd looking, aliens MUST exist: 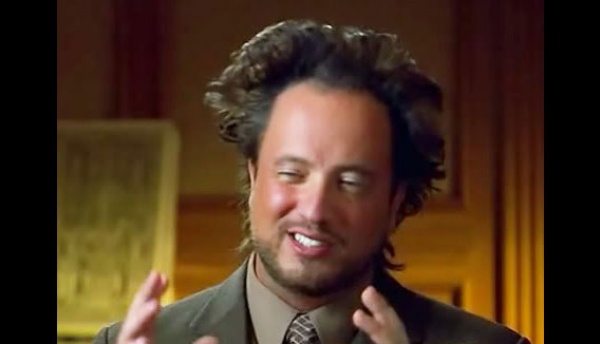 (it was so hard to find this picture without some diminutive text surrounding it.)

His name is giorgio tsoukalos, apparently.  To him, this obviously seemed like a mysterious, yet learned sounding moniker. His real name is most likely Jared Flatscrotum, and he was so extensively bullied in school that he lost his god damn mind.  Goodbye, the history channel, we'll try to remember you fondly, before you changed your name to just "history" like a college freshmen who is prone to date rape.

Yes, Obviously, the time of the dolphins soon WILL come.  With no opposeable thumbs, or ability to create or operate machinery, it is inevitable that we will one day sede control of the earth to our dolphin overlords, due to their mastery of jumping through hoops that we hold out for them at seaworld. 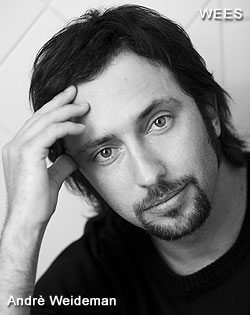 (He looks like he knows he's about to make a giant mistake, or start a grunge band, doesn't' he?)

"the" "discovery" "channel" is obviously on crack, meth, and other such life draining pie fillings.

Let me back up.

How does the discovery channel follow up on "Blue Planet".  Possibly some of the best film or television to be created since the moon landing?   They hire a wage slave, such as ourselves, a person who deserves no vilification unless he continues in this vein, to pose as an oceanologist who discovered a merman corpse and was hushed up by the government(s).  Classy move.

The "scientist", our brave victim-hero, introduces the story of the brave child, who back in 2001(or so) had a camera phone with resolution that would have been considered decent today, and captured a dead seal carcass transforming into a scary, non dead merman.  Sadly, this merman did not woo the love of his life, defeat an evil octopus witch, and live in the palace of his love with king neptune's tearful blessing.  He just spat blood and acted all pissed off, in remarkably better resolution than the rest of the video.  Ahh, "realism".

Goodbye "the" "discovery" "channel", I will take a shit on your grave. You're dead to me, you hear me! DEAD! Leave my sister alone, or I'll make you eat your own penis!

Ancient pictographs looked weird, almost ... amazing.  I'm sure if we all died and somehow nothing was left of us but our drawings,  the comic book "The Amazing Spiderman #1" would look weird to whoever saw it.  They would  wonder why it was so carefully preserved in Southerby's fine mahogany lined action house, in a bomb proof vault.   They might jump to the conclusion that we all fought crime in spandex, if they were total literal nimrods with no concept of "mythology".  AKA the creation of the superhuman to amuse children, provide moral direction, and alleviate the total fucking boredom that permeates existence.

In closing: "the" "discovery" "channel" and "history" have both made the top of my "things I'll take out violently before killing myself for the good of the world if I ever become suicidal" list.

I Hate You Merman!

Fantastic!  Total agreeance, here.  I’m not sure why the person who titled this misspelled Merman (Ian posted this to my page during my recent Borgnine wake.).  xo♥∞.

You shouldn't talk about mermen that way they're the angels of the morman religion. (I'm pretty sure they're not, but doesn't that sound almost true?)

also thumbs up for Jared  Flatscrotum

I did a painting once called "UFO with IUD--Unidentified Flying Ovaries with Interplanetary Uterine Device." Did the UFO guy have it? I *lost it* one night when the grays were here.

Hey I would vote for Pat Paulsen any day! Er, if he wasn't dead. His estate owns one of my paintings so he had excellent discernment skills.

It's called the "Dumbing Down of America."  Now, if they can get us all to vote Pat Paulsen for President, then they have succeeded. 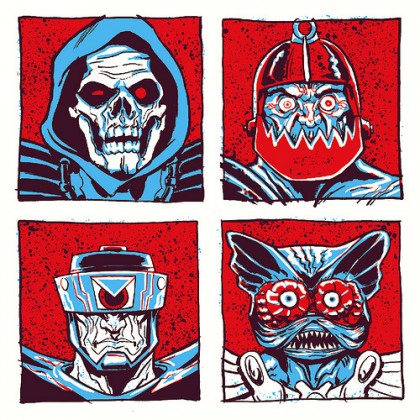 Clearly the pictographs show Merman exists. What more proof do you need? My real concern is the cyclopss , cyclopses, cyclopes, dermatologically challenged wizards/warlords, and guys with adult braces.

DIBS! I call shotgun on Cyclopes Hunter should the History Channel decide Greece is the word.

Yes, but that whole real history thing has been so overdone

Perhaps I'm just reading something into this that isn't really there, but it almost seems like you're implying that merpeople don't exist?

I'm ready to join your kamikaze mission. I may be ahead of you on commitment though. Now I hear from Ian that they're going the religious route. If we're going all out, we might consider the e channel. I did that lower case as a sign of disrespect. My only request is that we spare the Swamp People. I've spent months down there and respect there frugalness.

Excellent dissection.  Not long ago the 'History' Channel started quoting biblical text and comparing it to natural disasters.  And then the ads for Big Pharma with the never-ending side-effects appeared.  Finding Bigfoot should be called Not Finding Bigfoot.