The National Football League issued a statement today saying that it will look into possible reasons why the Detroit Lions,  Buffalo Bills, and Washington Redskins are still unbeaten this late into the season. In two games, the Lions have scored 75 points prompting many league officials to raise their eyebrows. “75 points? Yeah, I would believe it if it were the Detroit Pistons; but the Lions no way” said Carl Rivers, a 15 year statistician for the league. 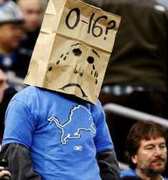 Buffalo which has scored even more points; 79 in its two games are also hearing it from skeptics. John Murphy, current play by play man for the Bills radio network had this to say. “You look out onto the field and you’d think you were watching Jim Kelly doing pitch and catch with Andre Reed, except these are the 2011 Bills, and they are supposed to suck…I don’t get it.” He added, “Something is not right here, last year we didn’t win our first game until November and now we’ve already won half as many games as we did all last year?” 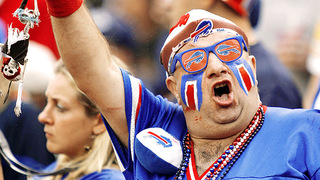 Points aren’t being scored in droves in the nation’s capital but somehow Washington is 2-0 behind the arm of journeyman QB Rex Grossman. Redskin players say they are kind of surprised but nevertheless, happy at the hot start. “I’ve seen the system quarterbacks that come out of Florida and they really suck in this league.” “Am I shocked he’s still in the NFL? Sure, but we’re 2-0 so who cares.” said 2nd year back-up QB Jonathon Crompton. 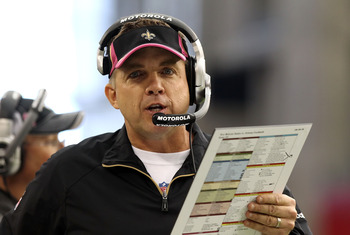 The league, who normally reserves early season winning records for the New Englands, and Green Bays of the world, released this statement. “Although we at the NFL understand that there is a slight chance a normally shitty team could start 2-0, we consider this way too much of a coincidence and feel we must look into any wrong doing.” The investigation will look into possible lip reading of signals being sent in from the sidelines, stealing plays from the big plastic play card thingy coaches hold, a over/under point gauging scandal, and a potential criminal inquiry into all the Buffalo Wild Wings restaurants in the Detroit, Washington and of course, Buffalo areas. 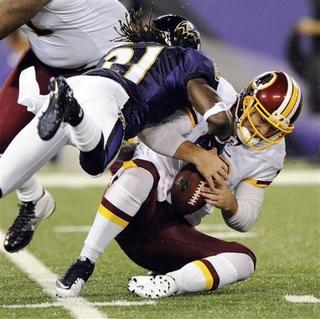 Although it feels to many fans around the league like they went to bed and woke in the late 80s to early 90s to see these teams in first place in their respective divisions; some locals of these winning teams had this to say. Andy Carbonelli, a Redskin fan from way back says “I used to leave my house at 12:45 to be at FedEx field and in my seat for a 1:00 kickoff and this included getting on the Beltway. Now, I have to leave around 12:00…and park almost a mile from the stadium instead of next to the team bus like I’ve done for over a decade now.”  He added, “When the game was over, I would normally get home in plenty of time to see the 1st quarter of the late game, now I’m stuck in traffic listening to people get excited about Rex Grossman.” 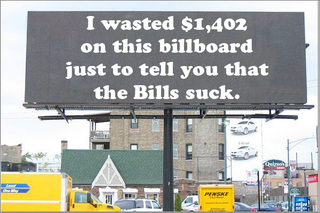 Stub Hub, a major internet broker of tickets to thousands of sporting events yearly, has seen an amazing spike in ticket transactions from these three pro football towns. Co-founder, Jeff Fuhr said “There were days when people could come on Stub Hub and buy a Bills ticket for $1.59. That’s less than our service fee we charge. Now when you come on the site you should expect to pay at least $20.00 for decent seats.” He added that his company was contacted by the NFL and asked if they had anything to do with the suspicious 2-0 marks of these teams but wouldn't go into details because of legal reasons.

The Detroit Lions who set the NFL mark for futility going 0-16 just a few years ago are ignoring the doubts the league has about its legitimacy as a 2-0 team. “I think it’s an insult!” said local fan Geoffery Bitterman. “I don’t care what people say, this is a winning city. We may have the highest crime rates, unemployment rates, murder rates, and foreclosure rates in the country, but we love our Lions even if we can’t afford to watch them because we are homeless.” “Gone are the days when me and 50 or so of my hobo friends would stand outside of Ford Field waiting to get a free ticket from angry fans so we could watch a game, eat leftover popcorn, keep warm, and clean ourselves up with a nice warm sink shower in the bathrooms.” 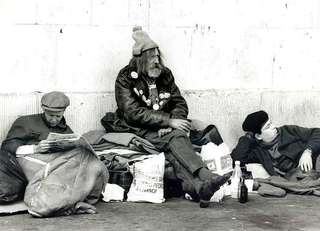 And if you thought the investigation stopped at the league level consider this, many Fantasy football team owners (yours truly included) have added players they had never heard of prior to the season to their rosters from these teams. The NFL is extremely distrustful of this trend and is taking its witch hunt door to door to see if some of these fantasy leagues are responsible in some way for the improved play of the Bills, Lions, and Skins. One NFL official sounded off by saying “Since when did Ryan Fitzpatrick and that guy in Washington become starting fantasy QBs?” Yours truly just hopes his new acquisition of Bills Tight End, Scott Chandler pay big dividends down the road in the league. 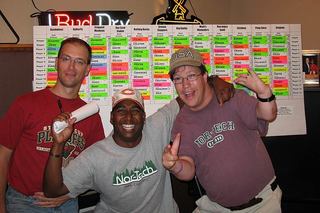 When asked how far the league would go with its investigation, NFL commissioner Roger Goodell just had this to say, “The Bills are 2-0 the Lions are 2-0, the Redskins are 2-0…they must be cheating. When these teams decide to start losing consistently then we will call off the dogs.”

These teams can all go 3-0 tonight(2/3 have already). The Lions winning their 3rd was no big surprise. Minnesota finds a new way to blow halftime leads every week. 4 picks of Brady by Buffalo reeks of play stealing though.

You may be onto something.  That would be a great story of tables turned on NE.