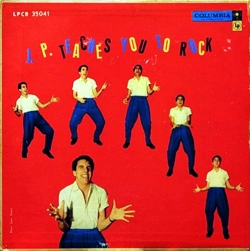 The “Visual-Aid For A Hard Lesson®.” Award.: He's a very good rocker (except when Wapner is on).  drwho

(I was really surprised no one did any Ben Stiller or Tom Cruise gags, but was even more surprised when this Fokker showed up.

Sold out in a half-hour on Mypos.  John Slaney

Here are the sounds I think this guy is making for each of his poses . . .

It's a typo, it's meant to read "J.P. teaches you to cock block".  Wusumbali

I see J.P. is Italian  drwho

9.75. The evolution of the Five Dollar Footlong song.
9.5. He may be rockin' but his pants beg to differ.
9.25. His inability to throw devil horns was a contributing factor to low album sales.
9.125. The fact this album has wear marks leads me to believe that someone has used it and is rocking under false pretenses. I give you Nickelback.
9. It looks like he's teaching me how to carry a rock.  chuckkling

8.5. it's Robin Williams when he was just sperm
8. there's nothing like a pair of Comedy Pants like J.P. is wearing to let you know that the Whacky-Factor is through the roof on this album. Comedy Pants are expensive...the cost is nothing less than the comedian's soul.  antistar

7.5. I'll bring the paper and scissors.
7. It was a fun class except for the segment on Assless Chaps.  Gerhardguffaw

5. J.P.'s pioneering moves: the excited to see you, the happily holding a shotgun whilst crouched, the handing someone a jar of jam while crying, the air hump, the being robbed but worrying because you don't have any cash on you, and the Mario Cantone were all sold to Mick Jagger in 1960 for half a ham sandwich and an iced tea. (I realize Mario Cantone probably wasn't alive in 1960)  JJJ23
(According to http://en.wikipedia.org/wiki/Mario_Cantone, Mario Cantone was born December 9, 1959, so I hereby deem this caption ‘perfect’.  Your prizes are a jar of jam, half a ham sandwich, an iced tea and a homemade VHS® tape of Season One of “Steampipe Alley™”. I’ll understand if you weep openly.)

4. With all your favorites such as...
* I'm a huge Douche
* I get no pussy whatsoever
* I masturbated with your scissor handles
* My best friend is Algebra
* I love my snuggie
and
* I don't get high, but my pants sure do..  Michaelred73
(My favorite is in the larger letters.) 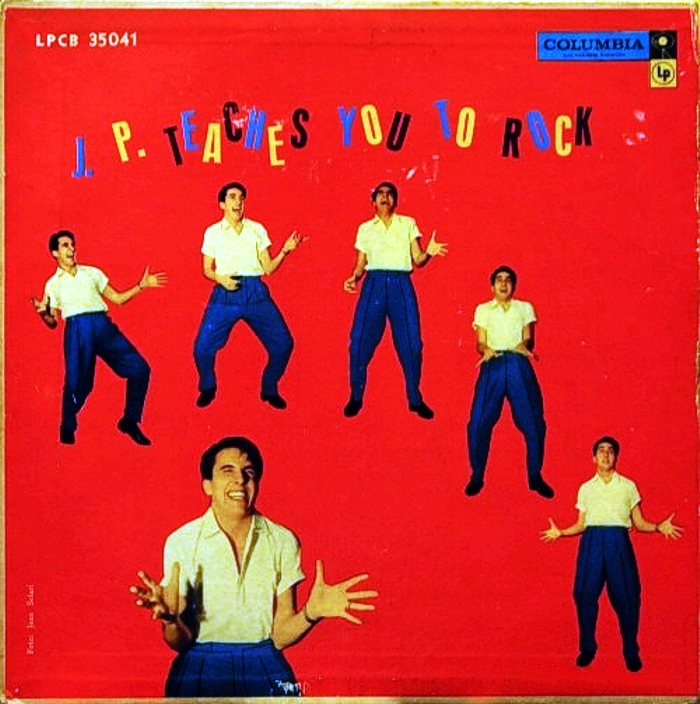 Here are the sounds I think this guy is making for each of his poses . . .