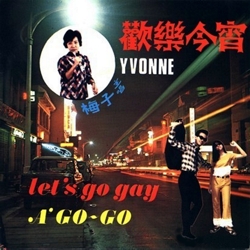 Fun Facts About Yvonne
• has exactly 2 fans
• is not formally trained in performing arts of any kind
• has never been outside
• acquires used, non-working microphones from television game shows
• does not like potato chips
• yells things out her window
• collects photographs of other peoples' collections of things
• once pooped in a sock & invented "shit-chucks"
• speaks 4 languages, none of them fluently
• is heavily influenced by Burl Ives
• every Tuesday night, touches herself while watching Saturday Night Fever
• curiously answers her telephone "Hello Yvonne"
• took three & a half years to learn how to hold a guitar correctly  antistar

Enjoyed mostly by Go-Go prancers. (sorry about that one!)   Buttermilk

Side One
...
4. I Love You So Much, It Makes Bleeding In Embarrassing Places
...
Side Two
...
5. The Temples of Syrinx (zither instrumental)  antistar

11. This has Rick Astrey witten all over it.
Rever gonna riv you up
Roogether forever
Henever roo need sombuddy...  Rodney Dean

7. Maybe first, get the fuck out of the middle of the street?!  FissureFilms

6.5. Stop! I'm sweating like a man in a gay Bath House.
6.25. As Yvonne sang, millions of men's sparklers went black.
6. Get back in the closet. The acoustics are better.  Buttermilk

5.75. Not Yvonne in my wildest dreams.
5.5. Just before succumbing to carbon monoxide poisoning, the chick committing suicide in her parked car has a blinding vision of Yvonne singing "That's Not a Very Gay Way to Go-Go!"
5.25. According to the pastor at Singapore's Church of Our Saviour, playing this album backwards can "cure" homosexuality.
5. What could be gayer than dancing down a deserted, rain-slicked, rat- and cockroach-infested street with rotting wooden sewer grates?  MacSpruce

4. Well I see you've got the fist pumping down, that's a start.  missalicia

2.5. She told them the song was called "Rat Goo Grey" but the producers decided to change it.
2. Yvonne flies through the heavens in her ping pong ball, spreading inspiration and good feeling. mellowpuma

1.75. before photoshop, there was photoslop
1.5. * featuring the single I Don't Like To Wear Pants, No Sir, I Don't, That's How I Feel
1.25.Yvonne's incarnation as the shape of a Christmas ornament & the inclination of a moth caused those momentarily supportive young, vibrant youths to wander off into the night & immediately set about forming a life-shattering dependency on black-tar heroin
1.125. * also featuring the song Is Like Fireworks In My Fuck-Hole (Clock of the Heart)
1. like Yvonne's live shows, the street was nearly deserted & smelled like hobo stool  antistar

and Lighted Sparklers  To ALL The Gay
(the happy gay not the homo gay) Winners !!!!!
xo♥. 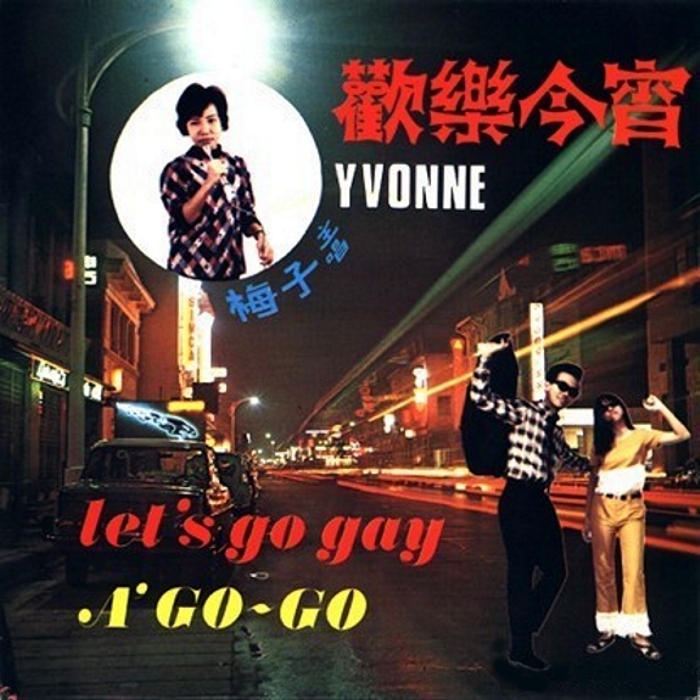 Comment by JJJ23 on March 18, 2011 at 9:31pm
Yvonne's getting tiresome with this album, telling of places she's gone-gone so many times before.

(sorry about that one!)