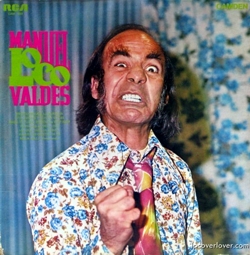 Who really wants to listen to 43 minutes of Valsalva maneuvers?

Featuring the hit single "I'm Sanpaku Over You."
MacSpruce

(Mac: Naturally when I have to look up stuff I feel like an ignorant dumbfuck whose vocabulary isn’t nearly as good as he thinks it is, but both of these were beautiful little comedy grenades which went off in my face and made me laugh out loud both times I had to go do research, and I Thank You for them both.  I encourage you all to do the homework.
- tDm.©.)

Gregory Sierra never recovered from his time on "Barney Miller".  drwho
[I laughed out loud at this one because, although I didn’t know his name (which is shocking because I’m usually a font of useless TV trivia), I knew exactly who you meant.]

Didn't he play Chico on Sanford & Son?  Shag
[It was Julio, actually, but this also made me laugh, anyway, because, again, I knew exactly who you meant.]

Loco Neil Diamond  Gerhardguffaw
Looks like Neil Diamond is reverting back to a lump of coal.  chuckkling
Neil Young has let himself go.  drwho
Fourth member of Cojones, Stills, and Nash  FissureFilms

They're not so much songs, more like movements. (poop)  JJJ23

(Technically not a ‘Get It?’, but a perfect equivalent. I piss myself every time I read this.) 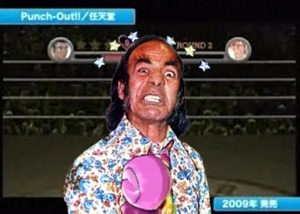 jimmy durante put on a disguise to 'make someone happy'
bigjas

Includes the hits...
"So What If My Penis Is Short"
"I'm Loco For Cocoa Puffs"
"Suck This, Elvis!"
Gerhardguffaw

Features such songs as:
"Alls Mine Bitches Pay All Thems Monies If Thems Ever Wanting Show Thems Faces To Thems Mothers."
"If Hesus Molests My Father's Goat Again, I Will Gut Him Like A Fish With My Arm."
and "Say Hello To My Little Friend" (the invisible machiene gun song)
mellowpuma

this guy isn't just doing a bit, he actually ate the studio engineer right after this picture was taken
antistar

I've seen Massacre II and I loved it! It was a good fucking movie Goddamn it!!!
Donairs

It Was All Going Fine Till You Meddling Kids Showed Up.
mellowpuma

12.  "My name is Manuel Valdes and this is how you make your eyebrows grow to grotesque size....  Errrhhhh, errrhhhhh, eeerrhhhhh.......
Michaelred73

9.5. We secretly changed Tony Montana's primo blow with Arm & Hammer Baking Soda. Let's see if he can tell the difference.

9. This is your face on meth.
drwho

8.5. Ronnie James Dio's first hand gesture.."The Fist of Pure Evil"
8. Manuel had to quit singing after he lost his hearing from his shirt.
chuckkling

7. Let's see how YOU look after getting Gored up the ass!
Rodney Dean

6. His rendition of "C'mon baby do the Loco-motion" is a bit more rapey than the others.

(I can't remember who first coined the term "rapey" on CW, but a nod to ya)
missalicia

5. Listen to Manuel labor through some of his most famous hits:

4.75. Hey, I bet if he made coffee ... it would be strong coffee.
4.5. The rumor going around, that Manuel likes "yo mama" jokes: totally false.
4. Man, you'd better listen to what he's saying or you'll know the wrath, of an effeminate ill-formed fist.
mellowpuma

2.5. If he trims his eyebrows he loses his ability to sing.
2. One word; Activia
Mervin97

1. Looks like Angel is still pissed they cancelled the Rockford Files
Jams3kds 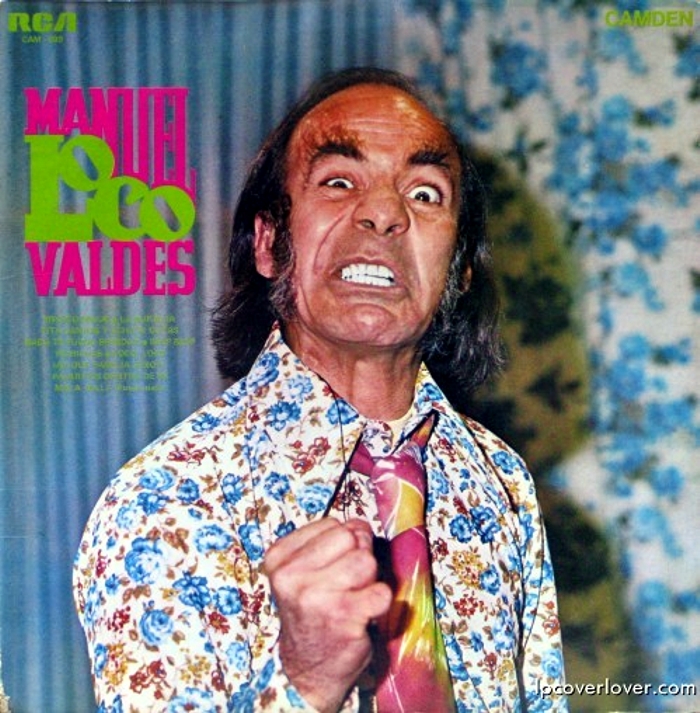 His rendition of "C'mon baby do the Loco-motion" is a bit more rapey than the others.

(I can't remember who first coined the term "rapey" on CW, but a nod to ya)

Comment by drwho on February 18, 2011 at 8:36am
We secretly changed Tony Montana's primo blow with Arm & Hammer Baking Soda.  Let's see if he can tell the difference.

Comment by MacSpruce on February 18, 2011 at 5:25am
Who really wants to listen to 43 minutes of Valsalva maneuvers?

Comment by bigjas on February 18, 2011 at 4:46am
jimmy durante put on a disguise to 'make someone happy'

Comment by Krass on February 17, 2011 at 11:17pm
Listen to Manuel labor through some of his most famous hits: