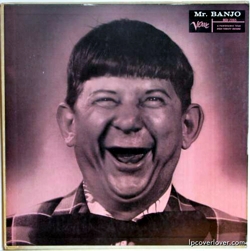 Being good at the banjo does NOT mean you should cut your own hair.

-Wusumbali
﻿
is that a haircut or was he attacked by Rubbermaid® Servin' Savers™?
-antistar

I'm not only the President of Bowl Cuts For Men but I'm also a guinea pig.
-Gerhardguffaw

Did Moe of the Three Stooges have a baby with his sister?
-jellybean13

11.13. won the title 'most toes' on his high school year book
11. Mr.Banjo,so called as he was beaten to a pulp with one
-bigjas

10. and with a purdy mouth like that I bet he can sang like a bird
-Bubba Licious

8.2. The unfortunate love child of Gilligan and the Skipper.
8.1. Dumbo's real father.
8. You don't want to see how he carries his banjo.
-drwho

7.3. You can pick your banjo, but you can't pick your dominant genes.
7.2. A graduate of the Orange Blossom Special Needs School
7.1. He got as far as "Dinah won't cha blow" before Dinah ran screaming from the kitchen.
7. He discovered the clawhammer technique around the time he reached puberty, and later adapted it to his banjo playing ...
-MacSpruce

5.2. A turd looked at me like that from out of the toilet bowl this morning!
5.1. Includes the hit "Under the clothesline, in front of the porch swing, behind the stack of tires"!
(I hope I’m not just imagining that this is a tribute to Andreas Vollenweider. - tDm.©. xo♥.)
5. Is that a bow tie or is it a soup bone?
-Shag

4/4x. Billy Joel was very awkward as a young man.
4.400.I.Q. Dustin Hoffman had a very different creative vision for his character in "Rainman".
4. Minne Pearl's secret lover.
(I just voimited in my brain)
-mellowpuma

3.I.Q. He came, Hee Haw, He conquered
3. He got the nickname back in his high school locker room due to his oddly shaped penis, and the fact that he'd constantly pluck at his three pubic hairs.
-missalicia

2.0000. "Teeth are overrated"....Mr. Banjo's motto.
2.000. He's never been confused with Mr. Lawyer.
2.00. Mr. Banjo was also known as Mr. SlowmotionRockypunchtotheface.
2.0. Mr. Banjo met Miss Washboard at a jamboree and they consummated their union in a ditch, thus conceiving lil Scott Banjo.
2. Judging by the looks of him, I'm guessing "Mrs. Banjo" *wink* is filled with semen.
-chuckkling

mellowpuma’s Those Were Different Times #112 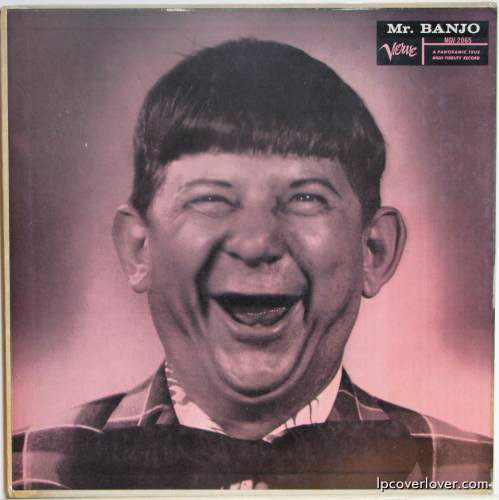 Comment by mellowpuma on January 25, 2011 at 12:28am
Dustin Hoffman had a very different creative vision for his character in "Rainman".

Comment by MacSpruce on January 24, 2011 at 9:03pm
A graduate of the Orange Blossom Special Needs School

Comment by drwho on January 24, 2011 at 7:46am
The unfortunate love child of Gilligan and the Skipper.

Comment by MissA on January 23, 2011 at 7:52pm
He got the nickname back in his high school locker room due to his oddly shaped penis, and the fact that he'd constantly pluck at his three pubic hairs.

(I just voimited in my brain)