If you thought LSU finished the season as BCS runner up, well think again.  There is exciting news coming out of Baton Rouge…LSU has announced that it is adding another 28,000 seats to the South end of Tiger stadium officially making the facility the (BCS) Biggest Capacity Stadium in the country and champions of most seats.

With the new field configuration that the NCAA has allowed specifically for LSU’s offense, Tiger chancellor Mike Martin said the timing couldn’t be better. “Obviously, our fans are still hurting from the devastating loss we suffered to Alabama but now they can get excited about the fact that there will be field level season tickets seats literally on the 50 yard line!”  He added, “We had to write a few letters to the Arena Football League for permission to do this before we moved forward due to intellectual property issues but it was easy because they felt sorry for us.” 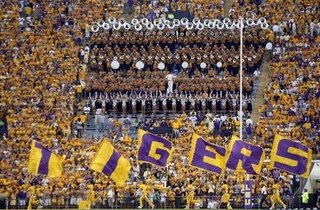 Even fans were buzzing about the news. “I can’t wait” says lifelong fan Donald Dugas of Duson. “I been waitin’ to get some season tickets for almost five years now, and now I got da chance.” “I think dey shoulda done dis sooner, I mean, we may not cross midfield ever again but I guarantee Bama’ can't keep us out da end zone forever. 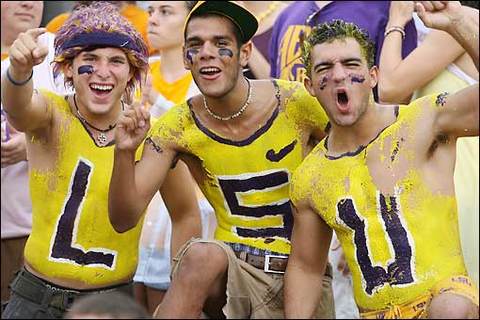 LSU players had mixed opinions about the new field set up. "I think it's cool cause now when coaches ask us to run the 100 yard dash to check our speed they can just multiply our times by two. And I definitely don't mind returning short punts all the time" said returning defensive back Tyrann Mathieu. 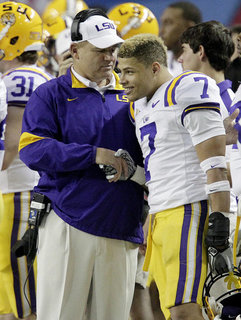 LSU all american punter Brad Wing says he doesn't like it one bit. "I did my part, I kicked it all over the field and then some." "Now I have just half the gridiron to work with? I guess I can kiss my 48 yard average goodbye. I tell you what, I would rather take balls to the face at a Krystal restaurant in New Orleans than play on a short field. 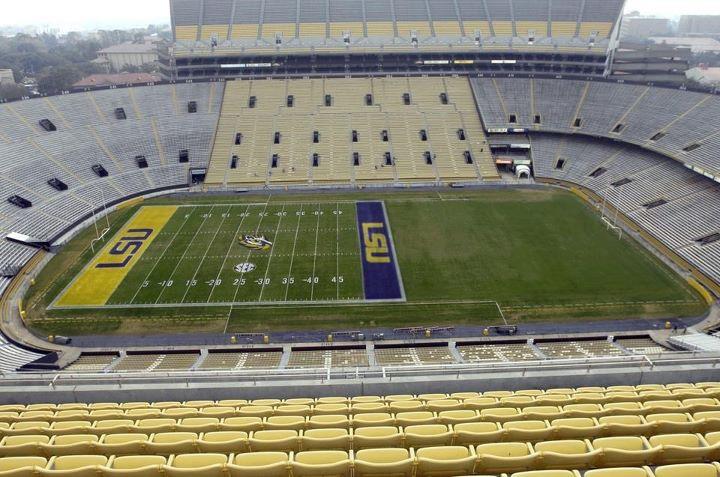 The stadium seen above, will boast a capacity of approximately 130,000 seats making it the largest on campus football stadium in the country. So if you're an LSU fan and want season tickets then get your gumbo pots ready because Louisiana State University is about to allow thousands of more drunk Tiger fans into it's building.

Brad Wing is a gangsta. Barkevious is a man among boys. God I hope Zach Mettenberger lives up to the hype.