A Senile / Demented Old Man Gets Sidetracked While Ordering A Value Meal at McDonalds. 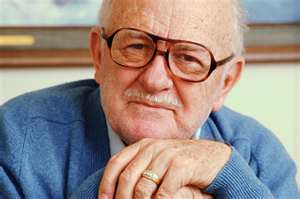 Everyone on this street lives in a 19 hundred and whoopty whoo house, and drives a hundai preludio ... some riceburner crap like that. What happened to the days when Detroit built the cars and we just felt damn tootin skin flutin lucky to drive those cars? Why I remeber felating a car dealer just to test drive a Lincoln Contental one time! That was the smoothest drive I've ever known ... but the roughest dick! Dear lord, that guy had worts on top of his worts! But that's how it was back in those days ... Televison showed one picture every three hours ... if and only if the monthly virgin sacrifice was delivered without too much hub-bub. Those virgins, they always squirmed a bit. But the TV guy was good about it, he understood. What was I talking about? Oh yeah, the democrats can suck my balls! No, I'm a democrat, that's my yearly campaign contribution. I've been told they are delicious.

Also, those mail boxes, why are there two mail boxes right next to each other? Back in my day you walked a good 5 miles, fighting off the Morlocks every step of the way. I tell you, you kids have it too easy. I bet you've never even disemboweled a Morlock with your pocket watch fob! And if those Morlocks ever caught you, boy I tell you what, they'd make you felate every one of them until you were blue in the lips. Then they'd give you some chap stick ... and they'd make you felate them more! What was I saying? Oh yeah, those nazi's you know ... they kinda got a rough deal. Back in those days who didn't hate the freemasons and the jews? Nobody, That's who! I remember watching all those movies that the jews made back in the day, and jerking off in anger! Boy did those jews ever make me mad. Hollywood starlets sunning their fun cushions beneath only 3 layers of clothes! God I hated them jews until my prick was nearly a callus encrusted nub! Take my word son, If Isenhower ever comes up for re-election agian, don't vote for him! Just jerk off in anger!

I remember when, to be the president, you had to promise the nation a severe course of hobo sterilization.  You had to promise to build a stack of hobo testicles as high as an elephant’s eye!  And if you were elected, and that stack was any shorter than the elephant that they checked it against, your wife was beaten on the radio.  That's why they called her the "first lady", because she was the first of many ladies to be beaten on the radio for the president's mistakes!

Oh yeah, and if you were walking down the street, and you saw a woman of any age, you could demand she cook you a meal.  If she didn’t start cooking in 10 minutes, you’d just let her father know, and he’d get the national guard to take her away to a warehouse where she would have to make bombs and liquorish and whatnot for two years!  If she made you food and you didn’t like it, she was simply pelted with garbage by the children of a tribe of Indians that every state in the union kept around.  The waiting list for those kids was so long … that everybody started calling the Indian internment camps “Reservations!”  Pretty soon people got to betting as to which Indian kid would hit her with the most garbage, and that’s how Indian Casinos got started!  I tell you it was a time of innovation!

But things are all different now.  Professional athletes used to have to earn your respect, by mauling foreigners using only their teeth at amusement parks.  Why many a day I’d go down to Happy’s Playland with my dad and watch them athletes make those foreigners into bloody pulps of stumps and clotting blood.  But that was back when America was the light of the world.  If somebody in whateverstupidistan country even spoke to one of our women, why the US Navy would go there with a bunch of shovels, and clod by clod throw their country into the sea!  Then they’d put gasoline all over the ocean, and burn the ocean down!  Sorry Abdul, it doesn’t matter if she did “ask you where the hospital is”.  Those foreigners were always coming up with lies like that.

They had better TV shows back then.  Like this one Matlock.  You see Matlock would find out why all the Negros were committing the crimes.  Then he would sing and dance a happy jig while he made them dig their graves.   It was really more of an afternoon kids show, but I kinda liked it too.  There was also this other show, where an Asian man solved crimes!  Get it!  An Asian Solved Crimes!  Oh, boy, comedies were much better back then.

There was this other funny show, where they had a live grizzly bear they used to frighten children who were bad.  They made the kids wear some kinda meat necklace, and that was the best part of the show, because they would use a different kinda meat every week.  You know why that show went off the air?  Cause every kid knew what would happen to them if they misbehaved!  Towards the end it was mostly deaf and dumb kids who didn’t know they’d done anything wrong.  Then braille was invented which ruined our fun and made everyone sad.  Damn braille!  I think the show was called Gentle Ben.

What was I talking about, oh yeah, sure, I would like to large size my #4 value meal, thank you.

Comment by Bubba Licious on January 4, 2011 at 4:50pm
Ah hell, nothin' to say but brilliance managed.  I am kowtowing as I write this. 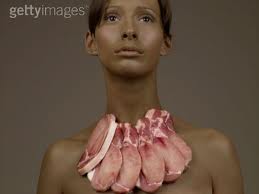 This is SO motherfucking funny, I don’t know where to begin, so I won’t.
Suffice it to say that I began laughing my balls off starting at around ‘felating a car dealer’, the volume of said laughter rising to a dangerous pitch at ‘one picture every three hours’, and continued doing so until the end, when I nearly peeed.

My love for you grows ever deeper and wider by the micromoment ... and moister.
(Back in my day, that was a compliment.)

I shall now go jerk off in anger.

( “... clod by clod throw their country into the sea! ”
ohmyfuckinggod! I can’t stop laughing.)

I put 2 notices on my page directing everyone to immediately come and read this.
I hope you don’t mind.
- B.