I have been playing music most of my life. I started on the viola when I was in the fifth grade and joined the school orchestra. The first question people ask is "What is the viola?". The viola looks like a violin but it has a lower register and the music is written in the G clef rather than the standard treble clef. I didn't really choose the viola, it was the only instrument in the house and my parents weren't going to buy an evil electric twanger. In hindsight, I was glad I learned a… Continue

Those Were Different Times #95

Those Were Different Times #95

3.5. Major Nelson finally got sick of wishing for The…

It only takes 5 seconds.
THANKS TO ALL OF US THAT
KEEP THIS PLACE ALIVE!
Nominations end in 23 hours as of this posting.

Why does turkey taste better when it achieves leftover status? Maybe everything I cook should be stored for two days before eating. Maybe I should let some of my captions sit for a few days before posting. This is why I take my time judging, I allow your caps to steep, to achieve maximum hilarity. Your welcome. Now get out the gravy Grandma and lets do this again.........

Damn, it's hot down here!

I was raised a Catholic. My parents and I went to mass every weekend. To say I was a devout Catholic would be a masterpiece of understatement – I seriously considered entering the priesthood. Of course, this was before it was revealed that half the priesthood were buggering little boys. Back then, the only gossip that went on about our priest was that he tended to tip the bottle now and then. Okay, so he was a raging alcoholic. But it made for a very quick mass. …

What Type Of Facebooker Are You?

I've been on Facebook steadily for about a year now. I was a late convert from Myspace, which is now on life support. During my time on Facebook I've noticed how people use and interact on the site. They fall into different categories that parallel social groups that have existed since the dawn of time. I've made a list of these groups and their traits, also how to recognize people within the group in the outside world. Enjoy....…

Those Were Different Times Contest #94

Those Were Different Times Contest #94

6. he climbs down the chimney & passes judgment on you.
-antistar

Top Ten Things Heard at a TSA Pat Down

8) What? No cavity serach? What kind of business do you run here? Where's your manager?

6) My Daddy used to like to play this game

and the number 1 thing heard-

Welcome all to another edition of Results Central Party Headquarters..apalooza. Sorry for the delay, I got drunk all weekend watching football I was volunteering all weekend at the homeless shelter, trying to give back. So here are the results from the past week and thanks to you all. Now I'm off to help place rescue dogs in loving homes. Cheers.…

What are you thankful for this holiday season?


With the Thanksgiving holiday near, I thought I would ask some people what they are thankful for...…

Those Were Different Times Contest #93

Those Were Different Times Contest #93

Introducing, an informational selection from the United States Department Of Agriculture, for those of us in the general breeding population who don't know how to buy meat: "HOW TO BUY MEAT".

4. I only borrow meat.
-chuckkling

3. Jab the meat with a sharp object such as a knife or an icepick. If it moves…

I haven't been around much lately, or have you noticed? Hello? Hell-oooo! Is there anybody out there?! 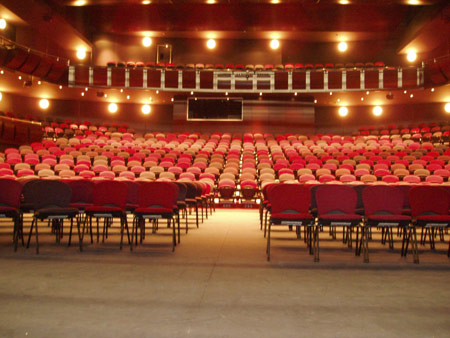 Ah, just as well. I'm used to talking to myself. Seem to be doing it more and more these days. Anyways, as I was saying, I haven't been on here much of late. I've been dealing with some issues. Call it mid-life crisis, existential despair, whatever. But it has kicked me in the balls, and I haven't… Continue

Those Were Different Times Contest #92

Those Were Different Times Contest #92

Introducing "EVERYTHING YOU NEED TO KNOW TO OPERATE A CB RADIO"

And the award for "Best Fictional Dirty CB Radio Transmission" goes to:
UUUUH... BREAKER BREAKER MMMMMMM DONKEY DONG AAAAAAAH YOU OUT THERE.
YEA, YOU GOT THE NEW YORK HANGER BANGER HER DARLIN... WHATS YOUR HANDLE???
UUUUH I WAS LOOKING FOR DONKEY DONG...... AHHH OVER
YEA, YOU GOT THE BIG MONKEY SPUNK GA…

Thanksgivin' it to em hard

I was intending to write this blog yesterday but got distracted . . . see my blog yesterday titled, "Yoyoy is Barok" . . . and NO! Barok is not the sexiest man alive =) Anyway, tonight is another night and now is the time . . .

Six months ago I wrote a blog that goes like this:…

I was intending to write a blog about the sexiest man alive when I saw Mellowpuma's "Those where different times, #90" blog.

Those Were Different Times #90

Those Were Different Times #90
Introducing "YOYOY IS BAROK" whatever that means.

4.75. Remind me again which prehistoric animal had red fur with star-shaped spots?

4.5. His expression was caused by his having just realized that women with bigger tits DO exist.

4. They must have really good hair and makeup people in The Land Of Shittily-Drawn Caves.

3. Includes the hit, "Everybody Wang…

It's probably almost Winter here in Washington State... who knows? Who keeps track of such things?

It's too fucking hot for November anyways...

It's making me cranky.

At least I don't this time of year.

It's November and the bugs won't die... and my… Continue

Those Were Different Times #89

Those Were Different Times #89

Introducing Mr. Jay Snell and the record where he somehow preaches "Confessions of a Teen-Age Girl".

8. "East End Crusade" is the far east corner of the prison cafeteria.
-antistar

7. He was heard calling the Lord during his rear end crusades with teenage girls.
-drwho