Did anyone besides me hear trump talk to a crowd of people on C-span today (April 29th)?  Probably not. I'm not a regular C-span viewer.  But I was flipping through the channels, and Trump was dropping the F-bomb on C-span.  I thought, no, I've just been working too hard, that isn't what I'm hearing. NOPE. It was he, bizzare duck tail mullet and all. He was in front of a crowd of incredibly stupid looking people, who were eating out of his f-bombing hand.  Seriously, he could have changed…

Neville Say Never...; Act V - A Gust of Change and the Twenty-Foot Steed

Act V – A Gust of Change and the Twenty-Foot Steed

Almost immediately after starting to use "The Stamp" as they called it, requests for Elite's models went up almost ten-fold.  As more money poured into the agency, substantial amounts were funneled into my bank account, and I was completely fine with that. To once again quote Notorious B.I.G., I "went from ashy to classy" overnight. The higher-ups at the agency starting taking me to all of the…

Those Were Different Times #137

Those Were Different Times #137

Introducing: "SLIM GOODBODY, The Inside Story"

And the "You Just Wrecked My Brain" award goes to: 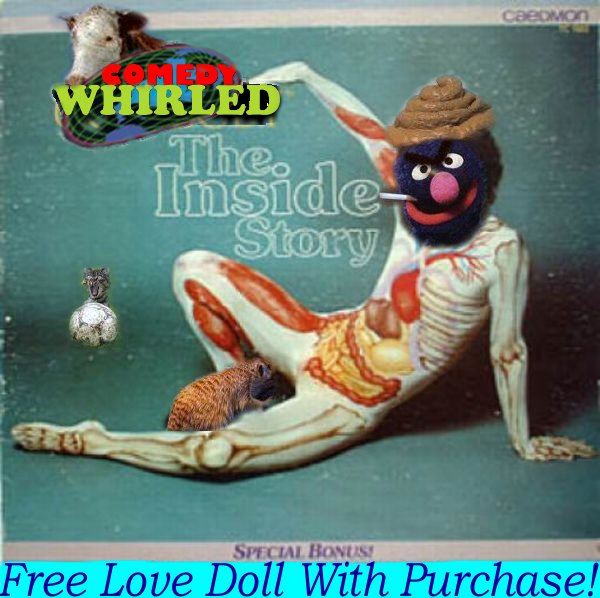 Obama's Birth Certificate Found In a Van Full of Candy

Here it is, now go back to being unemployed

Hey everyone, wow, we're really sorry that this whole Obama/birth certificate thing got so way out of freakin' control. We forgot that it was in the back of our van the whole time.…

Donald Trump: The President We Deserve

I think that's Barbara Boxer on the right...

We can name more Jersey Shore cast members than our state's Senators. We have commercials telling our kids to go outside and…

Here's some more caption pics that weren't ready for prime time.  It's not that they sucked, in fact most are pretty damn funny... but something else always got in their way and now they are past their expiration date.

Click here for the 1st Purge if you haven't already looked it over.…

Most people would agree that completely trying to keep up with the goings on of what you are a fan of is impossible. But some folks try. Some people try by keeping up via the news, internet, Twitter, or even word of mouth. I believe most people are a fan of something, right? Whether it’s a certain sport, an actor, an author, vintage cars, pornography, or comedians to name a few; the point is the average person is either a casual or serious fan of…

It's Raining Babies In Physics Class

Helen Beard, a tourist from England, who was vacationing in the posh environment of an Econo Lodge in Orlando, Florida, is being regarded as “an…

Those Were Different Times # 136

Those Were Different Times # 136

And the "Best Dramatic Pause In Caption Form" Award goes to:

The guy in the middle masturbates with his right hand. I predict dexterity by reading hair parts. That's          what I do.
-chuckkling 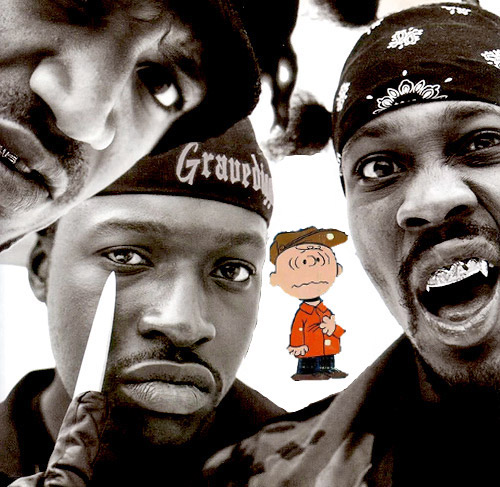 With DJ Schroeder dropping the phat beats, Round-headed Slick weaves the intricate rhymes in such soon to be classics as That Li'l Red-haired Bitch, I Got the Dopest Dog, and Peppermint Patty Pumped my Peanuts.

However, when his agent, Linus, manages to get him signed with Pimp Cracka Productions, ol' Chuck finds himself being…

a) the brutal shit kicking of Jesus Horatio Christ, culminating in his being affixed to a tree and propped up in Rome's front yard like a pink flamingo that's been kicked in the face for an hour. You know, for you and your stupid sins.

We here at Van Full of Candy, naturally, spend a good portion of our day talking about the former. But we're not monsters, after all, "Candy" is…

It's high time we made some room on the hard drive, so please enjoy these images that didn't make the cut for the daily caption contest as they get chucked into the recycle bin.  How Earth Day of us.  Some of these date back to January of 2009, when the contest existed on another grid. 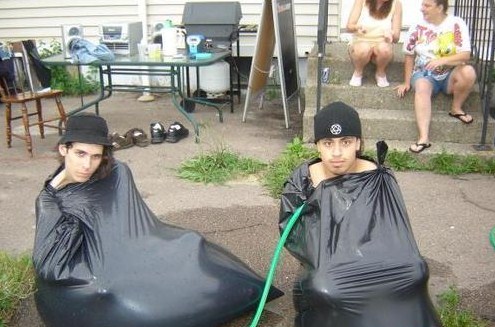 It has come to my attention that crazy girls never win in the boy department. We don’t and it seriously sucks. Yeah, we’ll be ridiculously successful and potentially become famous, but some days it really sucks.

Like when you’re on the bus and you “accidently” overhear someone stupid asian chick start talking about her boyfriend right after saying such a profound statement, and I quote, “I ate so much gummy…

Those Were Different Times #135 (the secret edition)

Don't tell anyone about this, ok, it's our secret!  I'm not gonna P.M. everyone about this!  It's crazy, right?  How will anyone know?  That's what's great ... they won't!  It'll just be between you and me!  And I won't puss out like last time, every entrant will get a ranking. Enough procedural garbage.

Act IV – The Phoenix Rises from the Ashes

The "outstanding specimen" that Dr. B.H. Compliment was speaking of was a mole that I have in my pubic area -- just to the right of the base of my penis. When I was very young, I…

I’m noticing a very strange and scary trend happening in the world right now, and it’s making me very uncomfortable, as it should you too. As I was watching a rerun…

Those Were Different Times #134

Those Were Different Times #134

Introducing: "A Visit With UNCLE AL at his Happy Farm & Castle with MIKE TANGI & LARRY SMITH"

How many resuts are there going to be ... two.  Has that ever been done before, no.  Sorry, not even a bronzer.   That's how I roll baby.  Last time, too many results to even contemplate, and I did my best to disect them for your reading pleasure.  This time, ultimate lazyness on my part. It's like, you think I'm…

Those Were Different Times #133

Those Were Different Times #133

Hot Caption on Caption action!  (Anybody dare to write caption captions on captions?  Don't do it! Your mind will bleed to…