Those Were Different Times #167:

Those Were Different Times #167:

"The Happy Sound of the OCEAN COUNTRY STRING BAND" 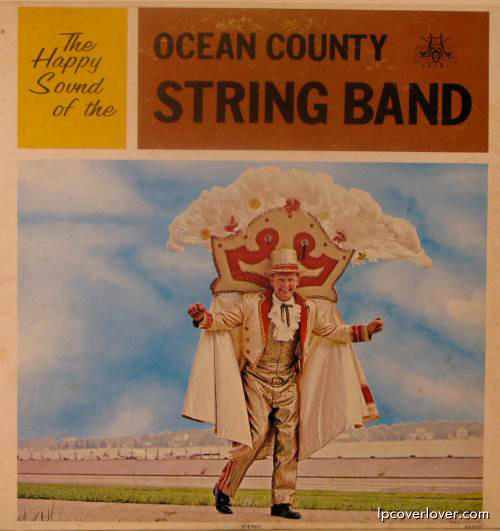 3. Melvin was the only band member that could withstand the ferocity of the wind
-Iverneil

We all have experienced them. Salespeople who go door to door, home party plan reps, and inhome product demonstrations. You may or may not have encountered these:

Thought I'd run this up your pole...

Secretary of the Navals Flag,

Neither I, nor Comedy Whirled recommend following these tips. They're just stuff my Aunt told me.

Be the first one.

Put down your lemon-aid.

Evaluate them: their injury or illness, their car, who are they wearing, are they bankable, etc...

Clear the airway of foreign objects. Then do the same for them.

Do not bring a pi…

You've heard of Spaghetti Squash? Try these exotic veggies in your garden:

Holidays not covered in your benefits package this year (again)

You can still celebrate them, but you won't get paid leave.

Categories rarely honored at the Oshkars

Best Adaptation of a Stolen Script,

Best Reuse of an ALIEN Set,

What's in a name? These artists were NEARLY famous. Perhaps you've heard of them or some others?

Movies that probably won't get an Oscar this year:

My Week With Marilyn Manson,

The Adventures of Tinfoil,

The Ides of Marge,

Fat Tuesday foods include Mardi Gras cake and Jambalaya. We've added some others for your tasting pleasure:

Crullers in her hair pie

Shrimp and Crabs you got from the shrimp

National Geographic has covered Volcano parts with exceptional photographs, capturing the likeness' of craters, fissures, lava, ash, rims, magma, the mantel and more. Geologists have now turned their attention to learning more about other Volcano parts:

that itching and burning sensation,

YAY! I made it to the Final Round in the Yobi.tv Laugh Finals!

THANKS to everyone who voted & please keep it up so I can win!  YOU CAN VOTE EVERY DAY!!!

I'm proud to say I've already made it past the semi-finals & 3 rounds of eliminations in this season's YobiLaugh Finals.  I really want to win 1st place which includes a role on a web-series & 1st place gets to co-write it.  So PLEASE KEEP VOTING FOR ME EVERY DAY THIS WEEK! I can't do it without YOUR help. :)

Lesser known celestial landmarks are these:

The varicose veins of Venus,

The penis of Pluto,

Things you forgot to scream when you rode the rollercoaster

There went my bridge!

I'm King of the HURL!

The monsters are real!

I want a divorce!

This is worse than stir!!!

Was all out of Miracle Whip,

2 for 1 special on miniblinds,

He needed to buy a belated Valentine's card.

To get out of the cold.

Was viciously struck by green-apple trot on the way from his car and didn't want to be all smelly.

Recycled everything on the way in.

He's a customer. He wanted "Serviced."

The world has lost a great reporter and Oklahoma City has lost one of her finest sons, Anthony Shadid, who died Thursday in Syria. He was there doing the thing he loved: reporting the resiliant human condition in the face of war. He was 43.  RIP Anthony. http://storify.com/nytimesworld/remembering-anthony-shadid

Unadvertised Specials at the Grocery Store

Unless you’ve been living under a rock or are too busy hating the NBA you have probably heard of the overnight sensation that is Jeremy Lin. Now a household word, he has already been given nicknames like Linsational, Linderella, Super Lintendo, and Linvincible. Everyday more words are being associated with Lin so I give you a few new definitions/bad puns to everyday words. Feel free to add to the LINst.   …

Other uses for Dopamine

Scientists have noted the presence of higher levels of dopamine to be a common factor in both schitzophrenics and creative people.  Now other uses for dopamine are being explored. Feel free to update us as you discover more uses.

Gives the voices in your head something to talk about.

Fun to throw at your kid sister.

Lets you park in the good spots.